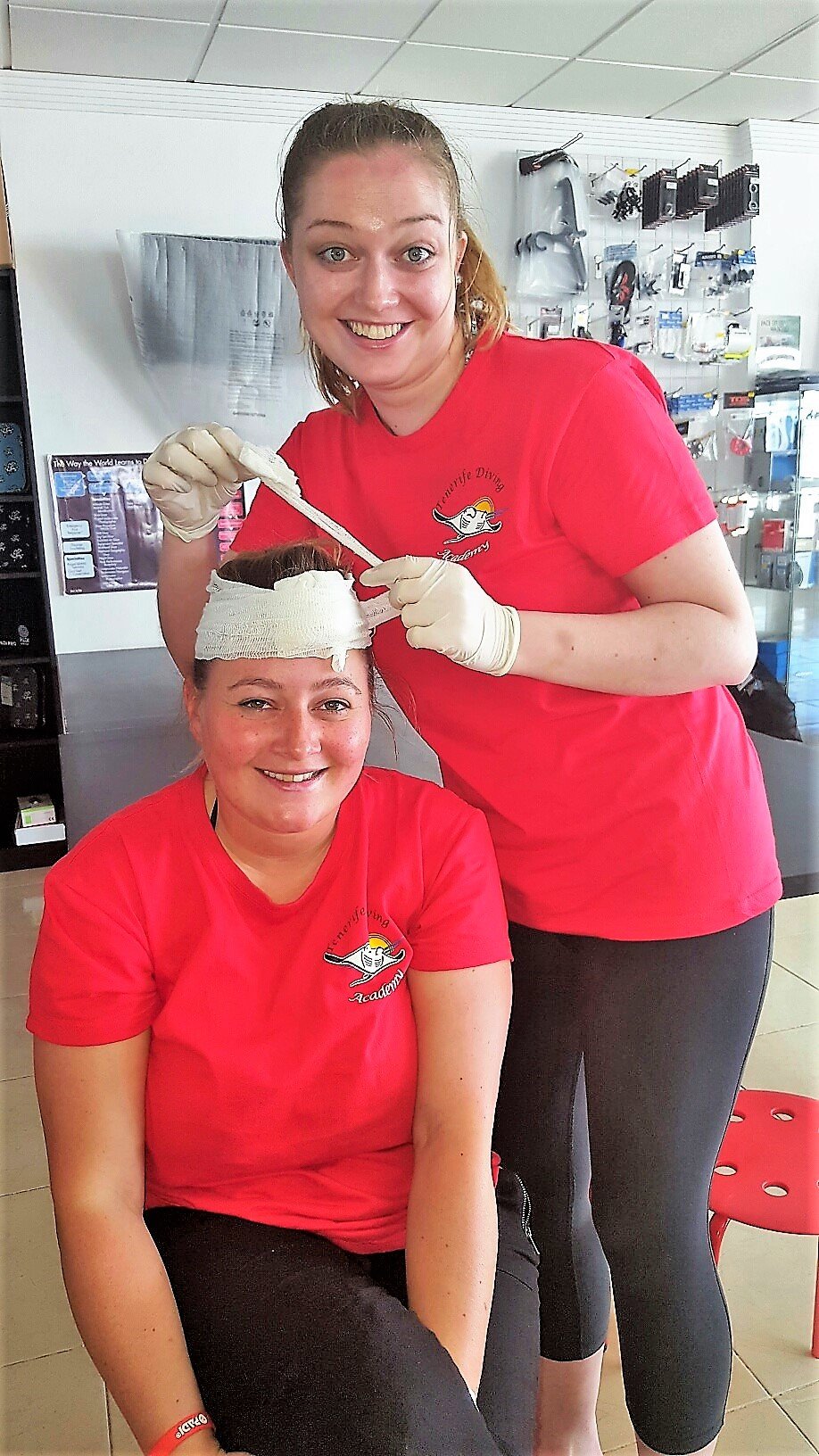 Fifth week on my internship and now a Rescue Diver
Sunday was the start of my PADI Rescue course where we learned how to help an unresponsive diver under water and how best to hold the regulator and when you should and should not put it back into the divers mouth and how to cradle the tank so you are able to ascend with them. We also learned how to tow the unresponsive diver and how to give rescue breaths and get them out of the water to begin CPR. We learned how to approach a tired diver and a panicked diver learning how to take control of the situation and how to calm them down when towing them back to the shore.
We learned how to search for a missing diver underwater.
Monday we put everything we learned into practice but with a much further distance and depth than before which we all managed to pass. In the afternoon we were shown how to provide oxygen and showing the different ways to administer it.
Tuesday was classroom day where we learned the complete emergency first response with Anne the doll that is used to practice on, we had to make sure we knew he correct term to help someone so we were protected by the Good Samaritan Law and how to perform CPR, in the afternoon we were given real life scenarios to help us understand and give us the confidence to help the person in need.
All exams passed and officially a rescue diver now.
Wednesday we came in to find that most of us were going on a fun dive to a new area called Turtle Bay half way across the island we were not lucky enough to see any turtles but surprisingly the boss and his wife came along which was nice as it was my first time diving with both of them and on the way back we stopped for a quick refreshment which was nice as the boss paid.
Thursday I went on a fun dive with Craig and Hazel, was nice a relaxed and I showed hazel how to kill a Black long spined sea urchin and she was amazed to see that all the fish follow and know exactly what you are about to do before doing it. They knew it was dinner time.
Let’s see what next week brings.